Corporal Si Klegg and His Pard Shorty is one of the most overlooked works of Civil War fiction. Written by a veteran of the Civil War, Wilbur Hinman, who served with the 65th Ohio Volunteer Infantry, it tells the story of Si and Shorty, two recruits in the fictitious company Q of the equally fictitious 200th Indiana Volunteer Infantry.

It is meant to be light hearted and frivolous, a 19th century version of a situation comedy. So it has never garnered much respect amongst historical experts and literary types. But, in many ways, it is one closest looks at the life of the Civil War soldier in existence.  It doesn’t dwell on the deeper meaning of things–there is no deep philosophical or political discussions, no pondering of the meaning of “it all”. It’s just the story of two guys making the most of a bad situation and trying to stay alive.

The stories of Si and Shorty were originally released in several volumes, which I downloaded for free years ago from the Gutenberg Project when I bought my first Kindle. Of course, when that Kindle died, so did all my free downloads. But since then the University of Nebraska Press released all the Si Klegg books in one volume.

This is a must have for anyone truly interested in the Civil War and re-enactors in particular. It was also a huge influence on my own writing. Though I didn’t have this book while writing Road to Antietam and it had been years since I read Hinman’s stories, there is still a bit of Si and Shorty in Christopher and Ezra. 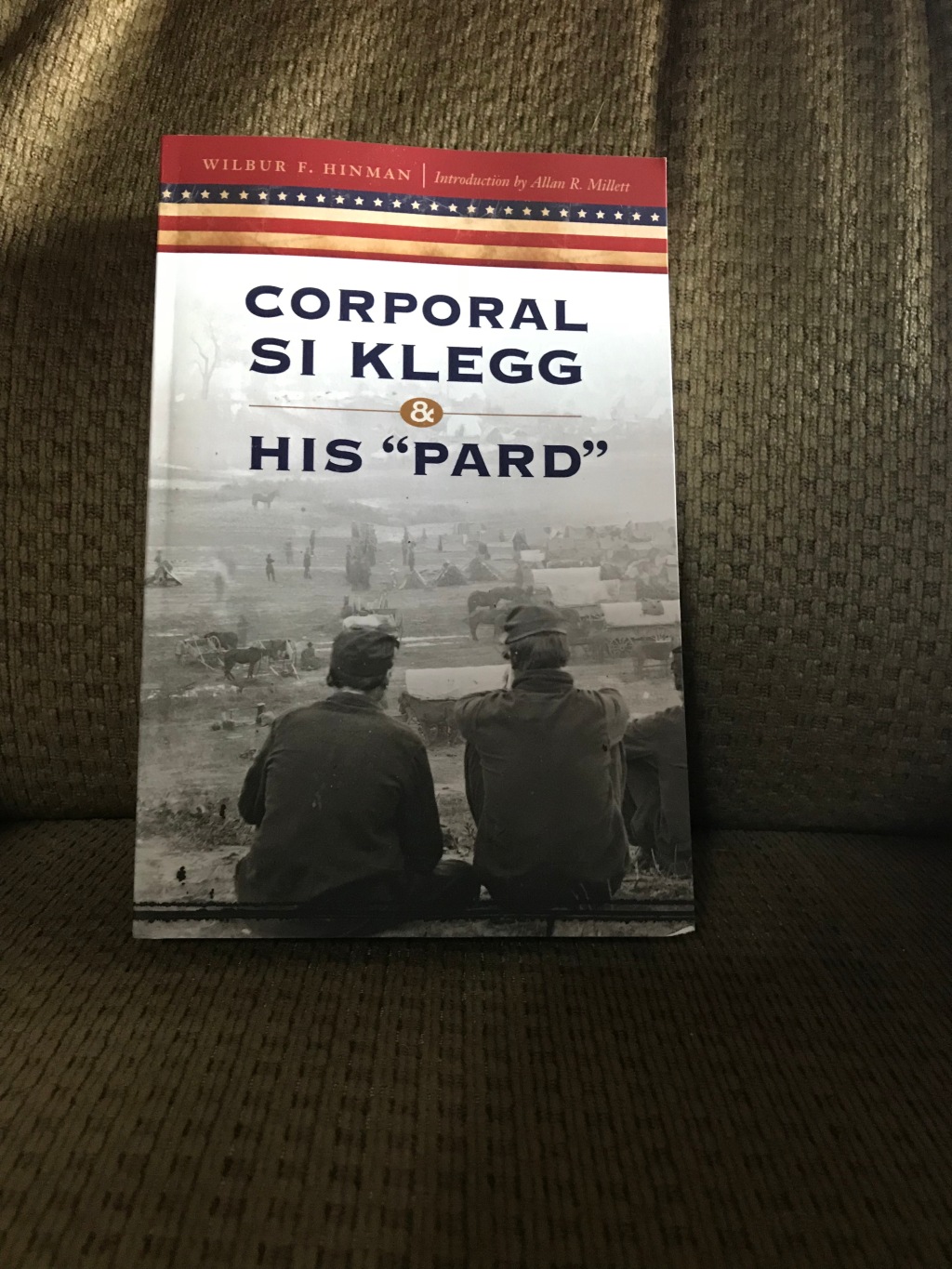